My knight in shining armor :) 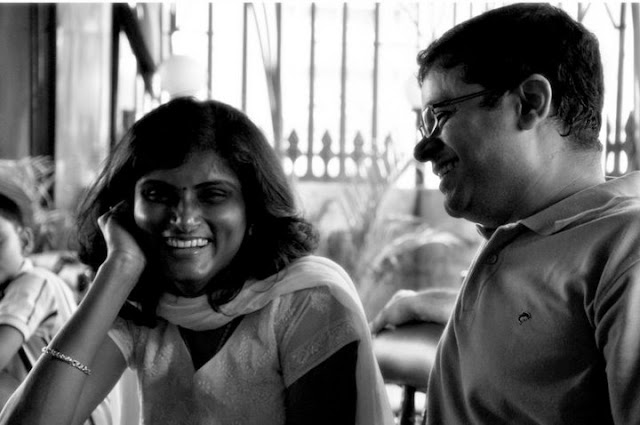 Disclaimer: The post below is a work of pure truth. Any resemblance to any character living or dead is definitely intentional.

They say that Jodiyan swarg mein banti hain ( Alliances are made in heaven). When I look around at some of the couples I know, it could have been only GOD who could have put them together 🙂 Destiny really does have a role to play in our lives.

It goes back to the time when a fresh-faced 25-year-old girl decided that now that she had an MBA degree and a job, she needed a groom. Not one chosen by daddy dearest but one where she could know the guy. Back then in the year 2000, internet was not de rigeur and matrimonial sites were just starting out. For a lark, she put up her profile on one of them. She spoke to many young men discussing mundane things and getting to know them. Then one day she got in touch with a brooding male, sensitive, well-educated, oh so nice…. he was just her kind. So they exchanged emails and finally photos, and she decided it was time to see him rubaru. She invited him to come and meet her. He came the distance, spent the afternoon in vain waiting and finally met her in the evening.

She met him at a local train station. They sized each other up. He looked nicer and plumper than the pic :). They went in the train and chatted about family and things here and there with a lot of formality. They took a stroll on Chowpatty right till the Gateway of India. Yes, this was Mumbai. There was something warm and wonderful about the evening. They spent many hours together in between terrible flavored milk and some rotten street food :). He came to drop her and when it was time for him to leave, it was difficult to believe that so many hours had flown by. He wore a great perfume, had a great warm smile and wonderfully comforting warm hands :). His simplicity and honesty are qualities she adores till date and the qualities she does not like, she came to know only later :D….

Kahaani mein twist – he wants to work in the US of A. She is dead against living in a land far far away. Days pass by and they are torn between conflict.

Do you wish to know how this real love story unfolded?

PS Read the first comment. It is from hubby ;-).