Commas go into coma, and apostrophes hang themselves! - Rachna Says
01May 2012

Commas go into coma, and apostrophes hang themselves! 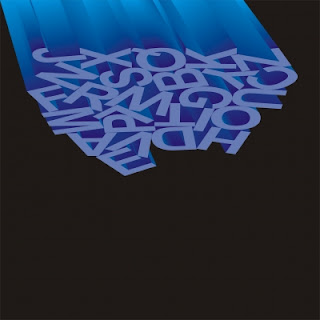 This is exactly what happens when extra commas are put in or missed in the places required or when apostrophes are just added without any reason. The meaning of what is to be conveyed is radically transformed. There are so many such examples given in the book, which can be hilarious or even tragic sometimes.

If you pick up any newspaper or magazine today, you would be struck by the low levels of proofreading. Even a child conversant with the basic rules of grammar, spelling, and punctuation will be able to do a better job than them. Some common bloopers that I notice all the time are the wrong usage of its and it’s, the terrible usage of apostrophes where not required (door’s), apostrophes used to make plurals (i’s instead of ies), you’re instead of your, the use of the word anyways (it is anyway), interchangeably use homophones (pair and pare, bear and bare), and so on. Sometimes, the spell check actually misguides you, so beware.

What could be causing this general decline in English language, notably grammar and punctuation? Is it because the grammar being taught in schools is low grade. I remember, I had to study a huge volume of Wren and Martin in school; whereas, my son has some cursory grammar. Most of the times, the teachers themselves are not very good at English. We face this even more in the South. My son’s English teacher pronounces clown as clone and expects him to follow suit. I have to tell my son that your pronunciation is correct; just ignore your teacher. One advice to my son is to read! Reading improves vocabulary, grammar, and exposure. But make sure that you choose a good author. I was reading one of the Indian chick-lit authors and was shocked to find “site” for sore eyes used in a sentence. My eyes definitely turned sore :). This was a published book! How much does it take to hire a professional proofreader?

Another reason could be the explosion in writing due to the spread of the internet. It is hip to abbreviate and use wrong spellings due to the ease of texting or emailing. And, not everyone who writes is a good writer when it comes to accuracy of language and grammar. Always, recheck spellings or punctuation rules from reliable sources.

Don’t even get me started about how poor Hindi has become — the lingo is astonishingly grammatically incorrect most of the time, and there hardly seems to be any punctuation. I see textbooks replacing the Hindi purnaviraam with the English period. Even the numbers used are in English. Basic pronunciation is wrong. Most Hindi-speaking people mispronounce phool as fool. Fa has actually come from Urdu, and the Hindi alphabet is pha. Since there is not much scope of reading good Hindi writing, I don’t see how one can improve the written Hindi standards. I subscribed to Champak in Hindi for my son, and it really was a load of garbage, so I discontinued it in a hurry.

Many of you might not feel as aggrieved as I do, because as my husband says — I am a language Nazi :). But seriously, it makes me cringe when I see such bad usage so often. This way all languages are headed towards a coma! Just a word of advice for professional writers — please proofread whatever you write (even a mundane email) and be aware of American and British English differences. In my line of work, I regularly work with American and Australian clients. The other day an American client was telling me apologetically that many people just disregard writers from India because many of them really do shoddy writing. As sad as I feel, I have to agree because I’ve seen really low standards of writing with a few myself. Will English continue to be an advantage for Indian workers in the long run with such dramatically varying levels of proficiency? Will the pedestrian prevail? Only time will tell. Meanwhile, take pride in speaking and writing correct language. It is an asset. I am leaving you with some hilarious errors that Girish, one of my blog readers, provided me:

This is a re-post.

93 Thoughts on “Commas go into coma, and apostrophes hang themselves!”