What Sons Can Learn From Their Moms - Rachna Says
03Oct 2012

What Sons Can Learn From Their Moms 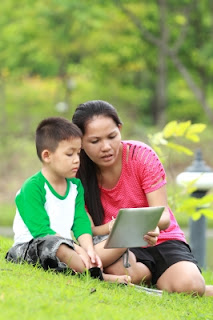 Traditionally, people think of fathers being the ones who teach their sons how to live their lives, and mothers being the role models for their daughters. However, fathers can teach their daughters a lot about life too, and mothers can be equally important role models for their little boys as their dads. If you’re lucky enough to be a mom blessed with sons, make sure they learn these lessons from you:
Mothers have the innate ability to add a gentle touch to their sons’ lives. While boys will likely always be the rough and tumble of the two sexes, there are certain things that they can learn from their mothers that will help soften them just a little, and thus live much richer lives.
Author Byline:
Kelsey is the editor in chief for www.findananny.net/. She loves to write article and ideas that parents & nannies would be interested in hearing. She helps society on giving information about nannies through nanny services. She is a professional writer & loves writing on anything.

84 Thoughts on “What Sons Can Learn From Their Moms”