Let There be Light! 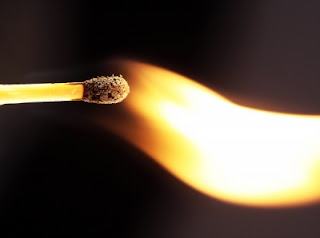 Women’s issues were fascinating, frightening and never meant to be discussed in public in my childhood years. Menstruation was my first foray into it. I remember clearly that I learned about it sketchily from other girls and had my own apprehensions but did not approach anyone with questions due to the taboo factor around it. Luckily, my father had a huge Medical Digest that was left around for us to refer to at home. That book had graphic pictures and explanations related to all things anatomy. I must have read portions from the book repeatedly when in doubt.

Having white uniforms and fixed loo times made life bigger hells for school girl students “in those days.” Then, there were the excruciating biology lessons of male and female reproductive systems. Damn, I could not even say the word penis aloud let alone ask questions. Our teacher had already warned us against sniggering or giggling. Being in a co-ed school, those lessons were tense and amusing as well. There was this huge sword of “embarrassment” that hung over our heads. I really had no knowledge about sex till much later. Yeah, those were the days of innocence devoid of in-your-face wobbly boobs in item songs and porn stars in reality TV. Brought up on movies that showed flowers entangling for the coupling act, we used to get all excited seeing full-fledged smooches on foreign serials like “The Bold and the Beautiful.” And, I remember going for the all women’s screening of the censored version of Kamasutra with female friends during my MBA days. It felt so big! There was a huge dirty aura around all such topics, and good girls were not supposed to show their curiosity about these things. So, any excitement over such issues was clearly masked publicly and only indulged to in private.

Needless to say, topics like masturbation, pre-marital sex, and contraception were not even breathed about. If you had any problems related to female anatomy, you would browse through the stupid columns in female magazines trying to catch hold of the names of some general fungicidal medicine that you could go and buy surreptitiously from a medical store. Buying sanitary napkins used to be another ordeal. The best time to do so in a kirana store (no supermarkets and malls in those days) was when the shop was the least crowded, and you could point out the product with your finger without mouthing the word. The shopkeeper would give you a knowing look and quickly wrap one packet in a newspaper and hand it over in a black plastic cover; such was the mystery around buying sanitary napkins. Yeah, this happened in Mumbai and not some far-flung village. And, when those damned ads with graphic fluid spills appeared on home television, we wanted to crawl into woodwork, averting our eyes and holding our breath till the obscene commercial went away.

In those days of no google and internet, information was scarce and had to be culled from books and magazines. Practical information was sorely missed. I had friends who had got some terribly wrong information from old-fashioned relatives about menstruation being a dirty period, about bleeding to expel toxins and some such crazy things. There were these rather idiotic and unscientific beliefs that have been passed on for generation like pickles, tulsi plants and food spoiling when prepared by a menstruating women. Women to this day avoid sitting in pujas and going to temples on those “impure” days. And guess who keeps these traditions and stereotypes alive — women themselves! All this misinformation often led to serious health and emotional hazards, but izzat and culture kept us tongue tied.

In that sense, I am grateful to the widespread nature of internet, blogs and social media. We have information at our fingertips though the veracity of the sources must always be checked. We can reach out to others and read their experiences; we can become members of interactive forums; and the ease and anonymity that the electronic medium offers us actually helps us talk about issues and share experiences that would not be possible publicly and face to face and that were till now consigned to closets. And with changing times and tunes, some of us are slowly shedding the cobwebs from our minds and speaking out. These days I can go and shop for a condom without batting an eyelid ;-).

Indeed, we need to discuss all issues – male and female more openly. Openness helps us seek information, medical intervention and develop a healthy mindset towards things that are natural and are meant to be this way. I wonder how much hue and cry would have been around our bodies had we not progressed to clothes unlike other animal species. Somewhere, this urge to cover up and conceal does us much more harm. Having said that, it is also necessary to do the speaking in a decent and sensitive manner. Balance is so crucial here.

And, promoting concepts like virginity and whitening creams for private parts is not creating awareness but enhancing and inculcating stereotypes. I think there is a fine line between doing something that can influence mindsets and addressing a need. We have been doing this for years with fairness creams whose ads link skin color to successes ranging from jobs to marriages. Whole generations of dark skinned girls and boys had to suffer due to these terribly negative images and low self-esteem issues! Then came in the super-sexy models, heroines and yummy mummies. They sent a whole generation of women into depression with the expectations of a slim body over everything else. There is an insane urge to get thin sometimes at the cost of both emotional and physical health. And these days we have the mother of all expectations – those of having tighter vaginas and whiter privates! Is this the beginning of another depressing trend for women?

Beware of false knowledge; it is more dangerous than ignorance. – George Bernard Shaw

Let there be light of sensibility, of dignity, of healthy discussions and information away from stereotypes and miscommunication!