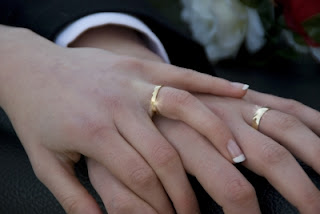 My blogger friend Zephyr of cybernag.in kindly consented to do a Guest blog post today on my 11th Wedding Anniversary. Zephyr is a grandmother whose blog I’ve been following for some time now. Her blog posts are full of wisdom and humor, both the qualities I cherish. I feel a connect with her and sometimes her blog posts seem to speak my thoughts. She writes beautifully about relationships, parenting and social issues. Her blog is a must read for anyone looking for balanced posts, anecdotes and lovely experiences. So here goes the blog post she did for me on marriages…

It is not about bargains in a store but one in a relationship, especially in a marriage.

I was discussing about marriages the other day with my friend from Israel who was in town. ‘They divorce in less time than they lived together before they marry. I prefer it when they marry and then begin living together,’ she said adding that sometimes they get married after living together for five or six years harmoniously but divorce within a year after marriage! ‘They lack tolerance — this generation,’ she said shaking her head. I shook mine in agreement.

Like the L&M and me, she and her husband have been married for 35 years and like all long married couples, has gone through the thick and thin of life learning in the bargain to live and let live, albeit not without tiffs and little fights.

I never tire telling (anyone who would listen) that I deserve a Nobel Prize and an Oscar and all the top awards besides because I tolerate all the idiosyncrasies and exasperating habits of the L&M for so many years, but add in the same breath that only he could have put up with my quirks and annoying habits.

The L&M and I have nothing in common, except the brats of course and then they look like HIM! But I would not exchange him for any Mr. Perfect in the world. Who, but he would put away the washed vessels, a chore I heartily dislike – every single day? Who again, but he would never find fault with me for making some blunder, trying to gloss over it to make me feel better? Who but he would patiently grate ginger for and make tea for me, even if he doesn’t drink anything in the morning? It is another matter that he would crib about it every day. I tell him not to make my tea if he hated it so much, he would still do it because I simply need my cuppa when I wake up and he likes to see my happy face.

So when I need to cook three different kinds of vegetables because he simply loves them and can’t resist buying loads of them every day, I do it with a lot of grumbling, but when I see his face light up at the sight of the dishes, I feel good, even if I have spent two hours in the kitchen cooking them all. That’s what doing things for each other means. We do them to see our spouses happy.

Ever wondered how the earlier generation managed to bring up so many well-adjusted and happy kids? Our mothers didn’t demand equality – they were equal in more ways than the women of today.

Marriage is hard work. It is NEVER a 50:50 relationship. You can’t divide housework equally, you can’t divide responsibility half and half and you can never divide adjustments made by each other equally. The ratio ranges from 60:40 to 95:5. While the former is an ideal situation, the latter is where the relationship is abusive with one very submissive partner. And mind you, though the submissive one is largely the woman, even men are the victims. But social conditioning and other factors make them silent sufferers since any publicity would only make them the object of ridicule and not sympathy or pity.

The reason we find so many unhappy couples today is because their egos get hurt by making any compromise or giving in to the other partner however trivial the issue is. ‘Why should I give in?’ they demand. I agree that one shouldn’t give in if the demands are demeaning, unreasonable or outright cruel. But when they are a matter of just simple give and take, what is the harm? Why make a big deal of small things? If one were to go by the kind of complaints one hears from spouses, one is shocked. The issues in question are ‘not worth a pinch of salt’, as we say in Tamil.

It is so easy to start a fight over trivial things and then turn them into ego hassles which blow up in a couple’s faces before they know it and we find them standing in opposite cages in front of the judge in a divorce court.

Whether it is an arranged marriage or love marriage (including one where the couple has lived together) a sense of déjà vu sets in once the honeymoon is over. The new environs, the added responsibilities and being on their own/with their in-laws – all bring in their own set of adjustments and compromises.

Ever tried doing any of the following?

Go on, substitute your own situations here and make a list, marking each as A (felt good) or B (Felt lousy and put upon). When the As outnumber the Bs, you have a happy spouse and a happy spouse means a happy family and we all know what that means. Don’t be surprised by the reactions. They sometimes can be more pleasant than you dreamt of in your wildest dreams.

Marriage is not about one-upmanship or about controlling each other. Give some, get some and if required, give some extra. It is this extra that the spouses give each other that make for enduring relationships and happy marriages.

Rachna dear, wish you and your husband of 11 years Many happy returns of the day.