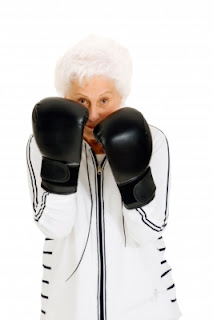 There used to be a serial called “Hum Paanch” a long time ago. It was a story of 5 sisters and had a character “aunty” who was always conscious of anyone calling her aunty. So her pet dialogue was, “Aunty mat kaho na!” As moms, we are used to very old kids calling us aunty, and we take it in our stride. It is like once you become a mother, you become universal aunty.

But, I remember the jolt I felt when I was called aunty for the first time. I was newly married and 26 at that time.After my wedding, we visited the houses of many of my husband’s friends. At one such friend’s house, the lady of the house warmly welcomed us. She then called her daughter who was studying in 12thstandard at that time. She introduced us, and what do you know. The girl says, “Hello aunty?” I was just a few years older to her and she calls me aunty. I was so stunned that I almost fell off the chair. I am sure my expression must have said it all :). Her mom could gauge my reaction and embarked upon her own tales where she had been called aunty in a similar way.

No, I have no trouble in accepting my age. But, I find it plain stupid that someone would do that. Some women deliberately call other women aunty in their effort to feel young. I really don’t know. After that rude shock, I had no trouble with anyone calling me aunty ever :). But, I do give it back to smart ass men and women of my age who try to do this.

Yes, it is a cultural thing that most Indians call their parents’ friends uncles and aunties instead of Mr. or Ms. It is a hangover from the olden days when people were called kaka, kaki, tau, bua, mausi etc. which have been anglicized uniformly as uncle and aunty. Frankly, I am happy with the relatives I have and don’t want unwanted ones especially of the older variety springing surprises on me ;-).

Did you ever face these “uncle” and “aunty” experiences?